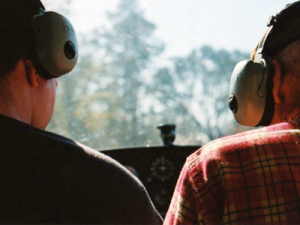 A few years ago I had the unique opportunity to take flying lessons from my Uncle Floyd.  It was amazing!  I learned a lot, not just about flying an airplane, but about life itself.  One of the most important things that I discovered was, I’m not a gifted pilot.  For some reason, it just didn’t come naturally.  I was so disappointed.  Since I’ve always had an instinctive ability to pilot and navigate boats, I thought that taking to the air would come just as easily; but it didn’t.  Flying was very mechanical for me; I had trouble “feeling the moment.”

Out of all the in-flight maneuvers, landing was the thing I struggled with the most.  It’s been said that landing an airplane is technically a “controlled crash.”  It’s the truth!  Tom Petty expressed this exact sentiment in his 1991 release, “Learning To Fly.”

“I’m learning to fly, around the clouds,

But what goes up must come down

I’m learning to fly, but I ain’t got wings,

Coming down is the hardest thing”

At the age of 79, my Uncle Floyd is still a very gifted pilot.  He’s flown almost as long as he’s driven an automobile.  It’s always been quite instinctive for him.  He flew in the Air Force when he was younger and then later went to work for the airlines.  Due to a one-time “fluke” during a routine health examination, he was forced into an early retirement several years ago.  After much debate with the doctors and the FAA, his pilot’s license was finally reinstated in 2004.  He had one mission: To teach the younger men in the family how to fly.  I was so excited to be one of the chosen!  I had always dreamed of flying with my Uncle Floyd and it was finally coming true!

But sometimes the point is not the point.  Let me explain.  After several weeks of ground instruction and air time I grew discouraged because I could not get the hang of it.  One day, while shooting landings at a local airport, it finally dawned on me. Learning how to fly was not the main point at all; it was spending time with my Uncle Floyd.  For those few months I was able to drink from the overflowing cup of one of the wisest 79 year-old men I’ve ever met.  I wouldn’t trade those precious hours of flight instruction for anything!

It’s easy to miss the point.  I do it all the time.  Sometimes I get so focused on the details that I miss the most important thing.  That’s exactly what happened as I was trying to learn the unique art of landing an airplane.  When landing a Cessna 172, there are several things to keep in mind:

1. Radio the tower before entering the traffic pattern

2. Look out for other aircraft; in the air and on the ground

3. Maintain an altitude of 800 feet until final approach

5.Turn the carburetor heat on

7. Aim at the end of the runway but don’t look at the ground (otherwise you’ll run into it)

8. Keep the stick back and the nose of the plane up

9. Keep the stick back until the glide is broken

10. Don’t break the glide too early or you’ll stall out and slam the plane into the ground

And that’s just a few of the things to remember about landing a 172.  However, if you get too narrowly focused on any one of those items, you’ll crash!  You’ve got to feel the moment and let all the details work in concert together.

Christmas time is a lot like landing an airplane.  There are lots of details to think about:  searching for the latest/greatest gifts, implementing the newest Martha Stewart decorating ideas, going to all the parties, and cooking all the new Rachel Ray recipes.  But if we’re not careful, we’ll miss the main point: celebrating the birth of Jesus.  And just like my experience when learning how to fly, as we celebrate, we have the unique opportunity to spend time with those who are closest to us.  Enjoy these moments, they are precious!  Don’t get so focused on all the details, or you just might miss the landing. 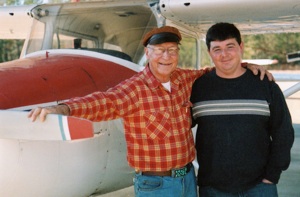