I Liked You Better When You Were Swearing 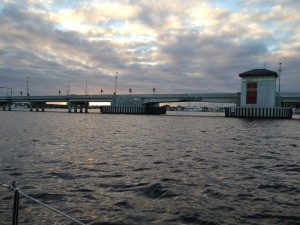 When I meet people for the very first time, I’m always hesitant to tell them I’m a pastor. Because more often than not, it seems like the moment I reveal that information, the person whom I’ve just met does one of two things: either they instantly start pretending to be more religious than they are, or they shut down completely and find a reason to excuse themselves from the conversation. Either way, it breaks my heart because I feel like I’ve lost an opportunity to get to know someone.

For instance, the other day I met a guy downtown and was enjoying talking with him. Throughout our conversation he was swearing a lot, but it didn’t bother me because it was just he and I talking; there were no women or children present. My new friend was letting his guard down, being real about his life and his family, and giving me a glimpse of “what made him tick.” We talked for quite a while and I felt like I was getting to know the “real him” under no pretense.

Then, it happened-he asked the question, “What do you do for a living?”

I mustered up the fortitude to say, “I’m a pastor,” and then braced myself for his response.

There was a long pause in our conversation-I watched his demeanor change. After a few seconds he said, “Oh man, forgive me for swearing so much.”

I smiled and said, “There’s no need to apologize to me. I’m not perfect, by any means. Just be yourself. Besides, it’s not my job to judge anyone-that job is reserved for God, alone.” But even with my attempt to disarm him, the conversation changed and he immediately started talking about surface religious topics rather than himself or his family. I thought to myself, “I liked you better when you were swearing.”

I know Christians who get offended when non-believers use swear words in their presence. I’ve even heard some say, “Please don’t use that kind of language around me because I’m a Christian!” But having been a non-believer at one time, I can tell you without a doubt that just irritates people and causes them to feel like they’re being judged. And as I told my new friend, judgment is God’s job…not ours. Acting “holier than thou” only serves to alienate people, not bring them closer to Jesus. You simply cannot expect someone to act godly when the Spirit of God is not present within them.

Now, I’m not advocating or debating the use swear words. Scripture is clear that Believers are to maintain a high standard when it comes to their speech (see Ephesians 5:3-5). The tension for me is how to make non-believers feel at ease when I’m around them, so that I can remove barriers about religion, and eventually share my story-a story about what an impact the Living God has made in my life.

The reality is that you can’t share your story or God’s story if you alienate people. Therefore, you must meet them where they are. That’s what Jesus did. And by the way, His first disciples were fisherman. Can you imagine what kind of language they must have used?

So, the next time you’re tempted to call someone out, or judge someone because of their language, dress, overall appearance, etc…think again. Remember to build bridges, not barriers.

Here’s how the Apostle Paul managed the tension of connecting with non-Believers:

“20 When I was with the Jews, I lived like a Jew to bring the Jews to Christ. When I was with those who follow the Jewish law, I too lived under that law. Even though I am not subject to the law, I did this so I could bring to Christ those who are under the law. 21 When I am with the Gentiles who do not follow the Jewish law, I too live apart from that law so I can bring them to Christ. But I do not ignore the law of God; I obey the law of Christ. 22 When I am with those who are weak, I share their weakness, for I want to bring the weak to Christ. Yes, I try to find common ground with everyone, doing everything I can to save some. 23 I do everything to spread the Good News and share in its blessings.” (1 Corinthians 9:20-23 NLT)