I Don’t Wanna Be 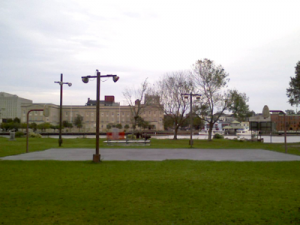 Many of us go through life with unresolved issues relating to one or both of our parents.  For this reason, Gavin Degraw’s song, “I Don’t Wanna Be” has struck a resounding chord with today’s culture.  Gavin used the art of “irony” quite uniquely when crafting the lyrics.  Throughout the song, Degraw explores his own identity in light of his father’s.  He also expresses the fear of fitting into a certain mold, and in turn, boldly asserts his individualism in order to mask the hurt in his own life.  The song has lots of layers to it.  Check out these lyrics:

[Bridge], Can I have everyone’s attention please?, If you’re not like this and that, you’re gonna have to leave, I came from the mountain
The crust of creation, My whole situation-made from clay to stone, And now I’m telling everybody

“I Don’t Wanna Be” is the theme song for one of my favorite TV shows, One Tree Hill, filmed on location in Wilmington, NC.  The story line is about two brothers, Lucas and Nathan, who have two things in common: their love of basketball; and the same biological father, with whom they both have anger and resentment issues.  Growing up, Nathan was perceived by others to be the “fortunate one” because he lived with his father, Dan, who lavished him with a wealthy lifestyle.  However, Dan was an ego-centric, over-achieving, manipulating, jerk.  Lucas, on the other hand, was perceived to be the “less fortunate one,” growing up poor, being raised by a single mom.  Lucas knew Dan was his father, but never had a relationship with him.  Instead, he admired him from afar, wondering what it would be like to have a dad that could bless him with anything he wanted.

When the show began 6 years ago, Lucas and Nathan’s characters hated one another and were constantly at odds.  But throughout One Tree Hill’s six-season run, the two brothers have grown extremely close and have begun to “unpack” their issues with their father.

The picture at the top of the page was taken at Battleship Park, along the Cape Fear River in Wilmington, NC.  It’s the famous “River Court”, where much of One Tree Hill is filmed.  In the television show, Lucas and Nathan spend a lot of time playing basketball at the River Court, which ultimately helps them channel and process all of their anger issues toward their father.  What they discover along the way is that basketball serves as a tool to help them heal.  By allowing the game to bring them together, they can ultimately deal with the relationship of origin that haunts them both, Dan.  They also discover that by facing their own issues, they can learn to forgive, which ultimately enables them to let their guard down and have more authentic relationships with others.

I love to explore the city of Wilmington.  I remember the first time I visited the River Court.  As I walked underneath one of the old, rusted basketball goals, I began to closely identify with the characters of the show, on lots of levels.  Like Nathan and Lucas, I too, love basketball and have anger issues with my biological father.  It seems as though a lot of us have issues with one, or both of our parents.  It’s taken me several years to even be able to say these words, “I’m angry with my father.”  But nonetheless, I believe it’s healthy to finally get it out.

Having children of my own has really caused me to take an introspective journey.  I realized early on in the parenting process, that in order for me to be the best father I could be, I first had to deal with the issues regarding my own father.  So, I began that voyage almost eight years ago and am still working through the process, at what seems to be a snail’s pace.  Here’s what I have learned so far: forgiveness is a process that takes a lot of time.  It is also very costly.  The price one must pay is a lot of emotional and physical energy, which results in the dividend of self-actualization.  I’ve also learned that in order to have the healthiest relationships with others, I must deal with the hurt, anger, and resentment issues that I possess.  I must own these issues.  They are mine, no one else’s; regardless of how much I want to blame someone.  By practicing this level of honesty, I have really gotten to know myself in a deeper way.  I love the chorus of “I Don’t Wanna Be.”

It has taken years for me to really get to the heart of my issues with my father.  What about you?  Do you have unresolved issues or conflict with one of your parents?  If so,  how are you dealing with it?  Or, are you?  Where are you in the process of healing and restoration?  And, how honest are you being with yourself and others about the process?  Do you realize that none of your relationships will ever reach their maximum potential unless you deal with the relationships of origin that brought you into this world?

Embrace the journey by owning your issues.  Let the pain and hurt work for you, not against you.  Learn from your mistakes and the mistakes of others.  Forgive and let the stronghold of bitterness go before it suffocates you.  Unlock your heart, so you can be the best person you can be; for you, and for others.