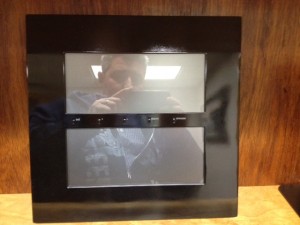 This past Sunday, January 1, I arrived at church to get ready for our worship gathering. When I walked into my office, I noticed that my clock had stopped working. So, I changed the batteries…but still the clock didn’t work. I tried another set of batteries…again, no luck. It hit me that my clock had died. The more I thought about the clock dying, the more I realized the irony of the whole thing.

First of all, it was New Years Day-how appropriate that my clock stopped on the first day of the new year. It was as if my clock said to me, “My time is up! I have faithfully served you for 6 years and now it’s time for a new year and for you to get a new clock!” The other ironic thing was that the topic of my sermon for that particular day seemed to totally coincide with the dying of my clock. On a day when most people love to talk about new beginnings, I felt compelled to talk about the importance of, “Ending Well.”

Once I realized that I wasn’t going to be able to resuscitate my dead clock, I went to my computer, logged into my Twitter account (@thesaltlamp), and composed the following tweet, “On New Years Day my office clock died. It’s not the batteries, the clock is just dead. Does that mean my time’s up? #propheticmomen However, I didn’t tweet that remark until a few days later because while it was meant to be humorous, the gravity of those words began to sink in. I felt convicted to ask myself the question, “If my time were really up, could I say that I ended well?”

Everyone loves beginnings-whether it’s a new baby, a new relationship, a new job, a new house, a new car, etc… When it comes to starting out, humans seem to do it with much zeal. However, I’m not sure that we can say the same about endings. It seems as though when we approach the finish line we just seem to fizzle out. There’s something to be said for a good ending-Hollywood has figured this out. But why doesn’t it translate into real life? Why is it that sometimes we struggle to end things well? Why is it that so often when we end things, they seem to fall apart? How often do people end relationships well? Not very-there’s usually a lot of bitterness and resentment. How often do people leave a Job well? Not too often-they always seem to leave feeling taken advantage of, angry, and entitled. Even when it comes to school, usually, by the time the end of the semester rolls around, you find yourself thinking, “All I have to do is make a ____% on the final exam and I’ll pass the class.”

Here’s what I’ve learned in my 40 years of life, “The way we do endings reveals much about our true character.” In other words, our ability to end things with integrity, grace, and poise reveals to both ourselves and to others just what kind of stuff we are truly made of. The writer of Ecclesiastes said it this way, “The end of a matter is better than the beginning” (Ecclesiastes 7:8 – NLT). What he’s saying is that how we do endings matters greatly. With that in mind, here are four suggestions for ending things well:

1. Begin with the end in mind – Everything has a beginning and an end, so why not start out by envisioning a successful ending? Successful endings leave legacies and inspire people toward greatness.

2. Bring others along, too – If you develop and invest in others they will be able to lead whatever you leave behind, which ultimately will be a reflection of you. Don’t fall into the trap of making your life, your job, your ministry, and your family all about you; this will lead you to the place of being alone-isolation leads to desolation.

3. Don’t burn bridges – Remember, it’s a small world and life is connected; no matter who you are or where you go, you will run into people you know, and you never know when you may need the help of someone from your past.

4. Finish what you started – the old saying is true, “quitters never win“-they can’t, because they’ve quit. Keep your word and remember that finishing strong shapes your character and strengthens your endurance for future challenges to come.

As you reflect back over the last year of your life, ask yourself the question, “Have I ended things well?” As you ask yourself that question you may feel convicted to go back and repair a relationship or seek forgiveness. Whatever it is, I encourage you to act upon that “nudge” and allow it to shape and define who you will be in the future; because “The way we do endings reveals much about our true character.