Did We Seriously Just Get Kicked Out Of Church? 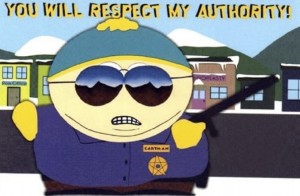 A while back I took the weekend off from work (i.e. church).  Our family decided to spend the night in a nearby city and attend a church in that community.  We were excited about two things: first, getting to experience something new; and second, getting to attend church ”together”, as a family.  That’s a rare thing since I work for a church.

When the time came, we arrived at the church and were greeted by an individual who gave us the “spiel”.  Next, we proceeded towards the auditorium.  As we walked through the doorway, my wife noticed a sign that said, “Absolutely no one under 12 admitted beyond this point.”  She pointed out the sign to me and, needless to say, I thought it was odd.

Within a couple of seconds, two guys dressed in black t-shirts, with the word “SECURITY” printed on them, approached us.  We were told that we would not be  allowed to bring our two children into the worship service.  I assured the men that our kids were well-behaved and would not present a problem for anyone.  At that point they asked us to step back into the hallway.  The men again reiterated that we were not going to be allowed to attend their church service unless we checked our kids into their children’s program.

I have to admit we were in utter shock, as were both of our children.  It was at that point we said, “Alright.  In that case, we’ll be leaving now.”  We turned around and walked out.  By that time, it was too late to attend another church.  So,  we decided to go shopping for school supplies at the local K-Mart instead; all the while still in disbelief that we had just gotten “kicked out of church”.

I understand what the leaders of that church were trying to do.  They were trying to provide relevant environments for both adults and children, so that both could have a powerful encounter with God.  This philosophy is a growing trend among many churches today.  I’m still processing this philosophy and trying to decide whether or not I agree with it.  However, that’s not the point of this blog post–so, please don’t get hung up on the church philosophy issue.

One thing is for certain, our kids were totally tuned in to how we were handling that situation.  Believe it or not, it was a positive experience because it gave us the opportunity to teach our kids about the importance of submitting to authority.  Sure, we could’ve made a scene and forced the issue, but I honestly don’t believe that would’ve honored God.  We had a great conversation with them on the way home, as we debriefed the experience.  Quite honestly, we probably learned a lot more as a family that day than had we actually “gone to church”.

The Bible is clear about submitting to authority, though it’s not always easy to do.  It’s a struggle for me at times, especially if I’m convinced that I’m right about something.  But, the rebelliousness I feel stems from a dark chamber of pride, hidden in the depths of my heart, and that’s an ugly place at times.

Here’s one of the many Scriptures relating to authority, “Consequently, he who rebels against authority is rebelling against what God has instituted, and those who do so will bring judgement on themselves.”  -Romans 13:2

This is my prayer today, “Lord, help me to honor authority, because that honors you.  Please expose the pride in my heart so that I model the humility of Jesus.  In His name I pray, Amen.”