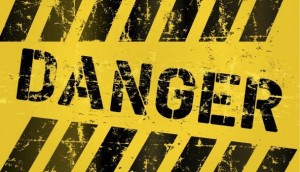 “When I’m about to walk into the room, I expect everyone to stand up, clap and cheer for me, open my door, and pull out my chair because I am ‘God’s Man!’”

Sounds a little ridiculous, doesn’t it? In fact, if I said this to anyone in my family, they’d laugh at me and wonder if I had gotten into the communion wine. And, if I said these words to anyone on staff at New Song Church where I serve as Lead Pastor, I honestly believe that they’d punch me in the throat! Rightly so!

A few years ago one of my friends worked for a church where all the staff members were instructed by their Executive Pastor to follow the above protocol any time the Senior Pastor walked into the room. The reasoning behind such an extreme culture of honor was because the Senior Pastor was viewed as “God’s Man.” And those on his staff were to “honor God’s Man at all costs.” And not only that, but they were asked to sign a covenant document pledging their life in ministry to this particular Senior Pastor. And to take matters one step further, in the event a staff member should ever decide to leave that particular church, they were to promise that they would never again serve in a vocational ministry role under another leader because they had broken their covenant to that Senior Pastor and were in direct disobedience of his authority.

Scary huh? Sounds a bit like Koresh, Jones, Manson, and Hitler to me…and we all know how those regimes ended. An extreme culture of honor can destroy any organization, and the fact that it exists in churches is frightening. Tony Morgan wrote a great post about this if you’d like to read more specifically on this topic. But the question I have is sort of the thing behind the thing: “How do these extreme honor cultures develop in the first place?”

In an interview with Michael Hyatt, backstage at the Chick-fil-A Leadercast 2012, Andy Stanley addressed this very topic. If you fast-foward to about 7:00 minute mark, you will find him addressing these ideas for about 3 minutes. Andy referenced a book entitled, “Inside the Third Reich” by Albert Speer, who was Adolf Hitler’s right hand man and was with him from the beginning of his rise to power all the way to his suicide (though a little long, a great read for anyone in leadership). In his book, Speer noted that the reason Hitler was able to carry out such catastrophic evil in this world was because from the very start he surrounded himself with a court”of ‘”yes men”-men who praised his every move, convinced him that he could do no wrong, and fed his evil ego.

It’s easy to gravitate toward people who will stroke your ego. After all, no one wants to hear that they’re making a mistake, that they’re out of line, or that their ideas aren’t very good. Pride makes these things hard to stomach and even harder to own. But unless you allow truth-tellers in your court, you will never reach your fullest potential as a leader. Moreover, the longer you listen to a court of “yes-men”, the more you buy into the lie that you don’t need accountability-and lack of accountability leads to evil behavior, which damages the lives of others!

Let me ask you a question: What kind of  people do you have in your court? Do you surround yourself with people who will speak the truth to you, no matter how badly it hurts? Or do you surround yourself with yes-men who simply tell you what you want to hear instead of what you really need to hear? Without the right people in your court, you are in DANGER!