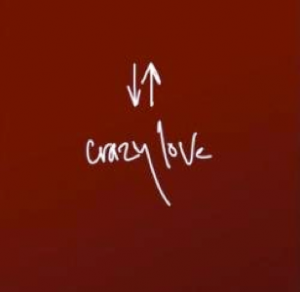 Some close friends of mine recently had their first child.  At 11:30pm the other night we were texting back and forth.  I could tell that the stress of a newborn baby was wearing on them.  My last text was, “I’ll call you tomorrow. Don’t worry, it gets easier!”

Fast forward to 2:00am in the morning (or, depending on how you look at it, the middle of that same night).  My wife and I were awakened to the horrifying sound of our 7 year-old daughter screaming for us, “Daddy!  Daddy!  Mommy!  Mommy!”

We ran into her bedroom only to find her vomiting profusely into her High School Musical trash-can.  My wife was able to quickly get her to the bathroom, as I began to clean up the mess.  Man, I hate that smell!  It made me want to throw up!  Anyway, as I was cleaning the carpet, I thought back to the text I had sent my friend earlier that night, “Don’t worry, it gets easier!”  That was a stupid thing to say.  Because the reality is, it doesn’t get any easier.  It just gets more complex.  As our children get older, our love for them deepens, and the complexity of that love increases immensely.

As I continued cleaning up the mess, I found a little humor in recalling that line from Wayne’s World, “Here.  If you’re gonna spew, spew into this!”  But laughing just made me open my mouth and inhale the awful smell, so I quickly put the kibosh on that.  I then found myself singing “Crazy Train” by Ozzy Osbourne.  There’s nothing quite like the guitar riffs of the late Randy Rhoads to get you through a tough moment in time.  Check out these lyrics:

Crazy, but that’s how it goes, Millions of people living as foesm Maybe it’s not too late, To learn how to love, And forget how to hate, Mental wounds not healing, Life’s a bitter shame, I’m going off the rails on a crazy train

After getting the situation under control, I knew my daughter was going to be upset over the desecration of her High School Musical trash-can.  She is very neat, organized, and greatly attached to that item.  If you’ve ever watched the TV show Friends, my little girl is very much like the character Monica.  So, at 2:15am, in 30 degree weather, I was outside, in my pajamas, cleaning the HSM can with a water hose (and speaking in tongues).  As I was freezing my you-know-what off, it was all I could do to not vomit from the odor.  I thought to myself, “This really is a crazy train!  This really is crazy love!”

Of course I would do anything for my children.  I would take a bullet for them without even thinking about it (though on some levels, taking a bullet would be easier for me than smelling puke).  I would gladly take any hurt they experience upon myself, so that they wouldn’t have to go through it.  As a parent, that comes natural; it’s a basic instinct.  That’s what real love does; it sacrifices.  Jesus emphasized this very principle in John 15:13, “Greater love has no one than this, that he lay down his life for his friends.”

God took sacrificial love to an entirely new level by allowing His son, Jesus, to be executed on a cross for the sin of humanity.  This very fact proves that His love for us is both crazy, and quite complex.  How does a Father allow His only child to suffer for the sins of humankind?  Since the beginning of time, the world has openly rebelled against God.  To quote Ozzy, “Crazy, that’s how it goes.  Millions of people living as foes.”  Yet God still loved us enough to give up His Son.  That’s crazy!

I’m reading the book, “Crazy Love” by Francis Chan and it’s changing me for the better.  Chan has widened my perspective of God’s crazy love for us.  He is inspiring me to fall more in love with Jesus than I ever have.  To some, the idea of being in love with God is crazy.  After all, how do you love something you’ve never seen?  It’s interesting that people can use that question as an excuse to avoid getting to know God, but then contradict that very line of thinking by joining an internet dating service.  Some spend hours chatting on line, and dreaming about a future with someone they’ve never even met [in person] nor seen.  And according to the latest statistics, more than 90% of people who date on-line lie about some aspect of themselves.  God has never lied about who He is.

Knowing that God is that crazy in love with me has inspired me to fall more in love with Him.  I’m doing this by simply spending more time with Him, which allows me to know Him more intimately; just like I do with my own family.  Sure, there are days when I wake up and don’t have “the feeling” but true love is not just based on feelings; it’s based on actions.  Simply put, love is a verb; it’s something that we do.

God has done so much for us.  He has demonstrated His crazy love by giving up His only child so that we could have a love relationship with Him.  One of the most famous verses in the Bible is John 3:16, “For God so loved the world that He gave His only son, so that whoever believes in Him should not die, but have eternal life.”  It’s radical that the God of the universe is so in love with humankind that He made the ultimate sacrifice for them.  Can you imagine giving up your only child for people who constantly reject you?  I can’t.  It seems crazy to me!  But then again, that’s the Crazy Train of Crazy Love!

Crazy, but that’s how it goes, Millions of people living as foes, Maybe it’s not too late, To learn how to love, And forget how to hate, Mental wounds not healing, Life’s a bitter shame, I’m going off the rails on a crazy train