“Because of the Lord’s great love we are not consumed, for his compassions never fail. They are new every morning; great is your faithfulness.” – Lamentations 3:22-23 (NIV)

My son is 12 and his bedroom reflects his age in every way imaginable. In fact, if a tornado went through Dicks Sporting Goods and Toys “R” Us it would pretty much resemble what his room looks like on most days. I used to stress out about it, but I stopped. I had that realization that he’s a great kid with a huge heart for God and others, so why worry about the fact that he keeps his room like a middle school boy…because after all, he is one. At some point along the way, we decided that it would just be easier to start shutting the door, especially when company would come over.

Recently, our 12 year-old son stopped spending time in his room…his stuff began to migrate out into the rest of the house. In fact, he even began sleeping on the couch…no explanation, we’d just wake up in the mornings and find him crashed out there with his blanket and pillow. Even the dog stopped going into his room and started sleeping on the couch with him.

My wife and I realized that if the dog refused to go into our son’s bedroom perhaps it was time to intervene and provide some big-gun support. When we talked to him about the state of things in his room, he said, “I think a fresh start would help me. Could we re-do my room?” We were all for the idea. If a fresh start were going to give him the mental and emotional boost he needed to turn over a new leaf we were completely on board with the idea. 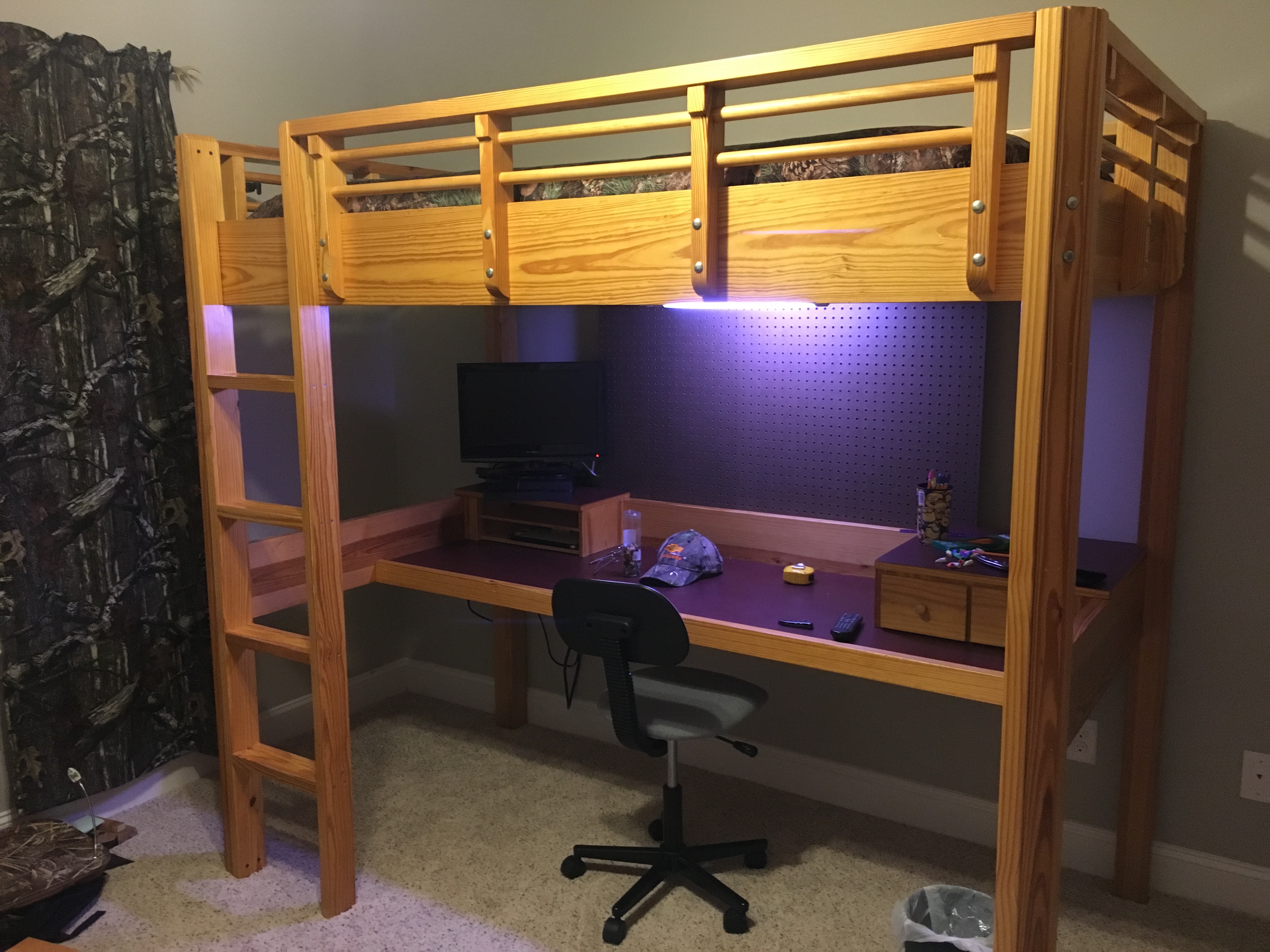 With trash bags and rubbermaid storage containers in tow we set out on a mission. To say that it was a bit overwhelming at first would be an understatement, but after a few days we had eliminated the clutter, organized his stuff, and even got him a new loft-bed with a desk underneath (thank you Craigslist). While laboring through the process of creating a fresh start for our son, I began to see the deep spiritual parallels. Here’s what I’ve observed:

It’s amazing how our lives and hearts can get so filled with clutter. And when we don’t deal with it, we become overwhelmed, and feel paralyzed. We begin asking the questions like, “How did things get so out of control? and How in the world am I going to regain control?” Sometimes, we just need a little help from others, and a fresh start. After all, that’s what God does for us, daily-He chooses not to focus on the clutter but instead wipes the slate clean and gives us a fresh start every day. “Because of the Lord’s great love we are not consumed, for his compassions never fail. They are new every morning; great is your faithfulness.” (Lamentations 3:22-23)

What do you need help dealing with?

Where do you need a fresh start?

I’m happy to report that we have our couch (and the rest of our house) back. My son is now sleeping in his room again, however, the dog can’t get into the loft bed so he’s now taken up residence in our bedroom…I think Karri and I need to get a loft- bed, too.