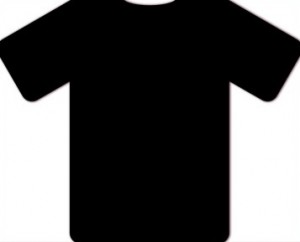 My family and I were walking through Target yesterday when I saw an extremely disturbing t-shirt:  on the front was a woman on a stripper pole and on the back were these words, “I Support Single Moms”.  As I read the shirt, I felt such a surge of anger welling up inside of me.  I was both angry and offended on lots of levels:

1. I was trying to think of how I was going to explain this to my children if they noticed, 2. The kid wearing the distasteful t-shirt was with his father and couldn’t have been a day over 16 years old,  3. I was raised by a single mom who worked multiple, legitimate jobs to support our family, and 4. Messages such as this are extremely degrading to women and reduce them to nothing more than sexual objects…and that breaks God’s heart.

I’m a pretty easy-going individual, therefore, Anger is not an emotion that I generally experience.  But, the closer I get to God, the more I find myself agonizing over these types of things.  As I walked through Target with my family, I began to process the extreme emotion I had just experienced.  My first instinct was to find the father of the young boy wearing the degrading t-shirt and give him a piece of my mind, then possibly give him a piece of something else.  I mean, how could you let your child wear such a thing?

However, the more I reflected, the more I began to process the words of Christ, who said, “In your anger, do not sin.”  Jesus didn’t say, “Don’t get angry.”  After all, He demonstrated anger over things that broke His Father’s heart, too.  I also realized that my anger was not with the kid wearing the shirt or his dad; it was with my ultimate enemy, Satan.   The Bible is very clear that our battle is not against flesh and blood, but against the powers of this dark world.  Bottom line, we’re fighting a spiritual battle.

What makes you angry?  What breaks your heart? Do you agonize over the things that God agonizes over, and do you even know what those things are?  How do process your anger?  Take some time to reflect on these things.