Affair of the Heart 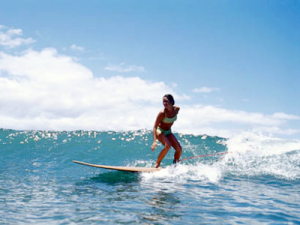 This is the stock photo that serves as a placeholder for images in my blog template.  I didn’t choose it.  It came with the software that I use to publish my blog.  Each time I write an entry, I have to insert a new photo over the top of this one.  If I delete this particular picture, I disable the option of having a photograph for that particular blog post.  All that to say, “I’m stuck with this picture.”

Now, if you’re a guy, you may be saying to yourself, “There are much worse pictures to be stuck with!” And to that, I would say, “You are correct.”  But here’s the problem: God designed humans to be highly visual; not just men, but women, too.  We are stimulated by what we see.  Images lead to thoughts, thoughts lead to fantasies, and fantasies eventually manifest themselves in the form of destructive actions or behaviors.

The 1980‘s were a decade of self-indulgence.  Excess was a way of life and culture lived by the mantra, “If it feels good, do it!”  I’m a child of the 80’s and throughout my adult life, I’ve had to reprogram much of the thinking that was ingrained in my head by those I grew up with.

However, some good things came out of that decade.  Since I’m a music guy, of course I would have to say that one of those good things were the melodies of the 80’s.  Any time I hear a song from that period, it resonates-loudly!  Do you remember Rick Springfield?  He’s probably the furthest person from your mind.  But, if you grew up in that era like I did, you know his music.  I remember being a teenager and rocking out to songs like “Jesse’s Girl”, “Human Touch”, and his 1983 release, “Affair Of The Heart.” Take a look at these lyrics from “Affair Of The Heart”:

“Affair Of The Heart”  is a phrase that affects many people on many different levels.  It’s something that both precedes and parallels the downfall of many human relationships, particularly marriages.  All affairs begin with the heart.

I’ve seen it happen dozens of times to people, both men and women alike; neither are immune.  It usually goes like this:  On some level, you’ve gotten bored with your current reality.  You translate that into dissatisfaction with your marriage.  You begin to blame your spouse for your own inadequacies, which thereby justifies the need to let your heart and mind wander a bit because you think you need some form of “release.”

One night, you stay up a little later than the others in your house.  You watch something on TV that you shouldn’t; you chat on Facebook or Myspace with a friend of the opposite sex; or maybe you begin to surf the web and “stumble” upon one of those inappropriate sites.  It sparks feelings and sensations that excite you.  You think to yourself, “I wish I could have someone or something like that.”  Your mind and  your heart have just wandered.

You confide your dissatisfactions in a friend, neighbor, or co-worker of the opposite sex.  It feels good to talk to someone who “gets you.”  Before you know it, you’ve developed an intimate bond with a person other than your spouse.  It’s just a friendship, right?  No harm in that.  We all need friends. So, communication begins; the emails, text messages, phone calls, and instant messaging start to increase.

Before you know it, you have coffee, then lunch, then dinner.  And then the unthinkable happens: it was just a kiss, right?  It won’t happen again.  But it does: and the next kiss leads to something you didn’t expect: an affair.

Maybe you find yourself identifying with some aspect of the story above.  Back up, to the first time your heart and mind wandered: the night you stayed up late watching TV, chatting online, or surfing the web, instead of talking to your husband or wife about your feelings of dissatisfaction.  Whether you realize it or not, that’s when the affair actually began.  Most of us don’t realize that an affair occurs in our heart way before it becomes physical.  Both affairs of the heart and physical affairs are equally as destructive to our lives.  Jesus spoke about this very idea in Matthew 5:27-28:  “You have heard that it was said, do not commit adultery.  But I tell you that anyone who even looks at a woman lustfully has already committed adultery with her in his heart.”

Here are some practical tips that I’m discovering in my journey:

It’s time for a heart check-up.  Take a moment to do a very honest examination of your heart’s current state of health.  After you’ve had some time to reflect, take a final look at these lyrics from Rick Springfield: